THE  AMAZON
The amazon basin * 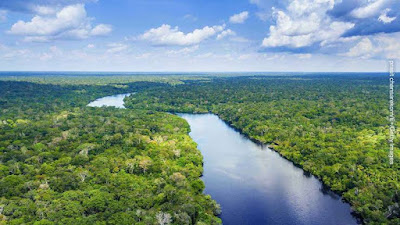 Amazon basin is the largest river basin in the world with 6,300,000 km square. it lies in south america.about two-third of the region lies in brazil and also occupies parts of peru,ecuador and columbia.it is the world largest and thickest tropical evergreen or rainforest.the amazon is the second longest river in the world,next to river nile.in respect of the volume of water ,it is the world's biggest river. 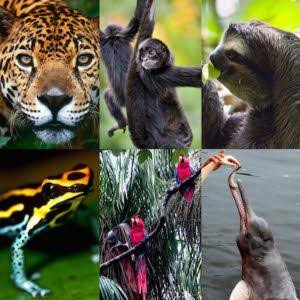 the climate of the amazon rainforest is hot and humid.the area receives heavy rainfall throut the year due to its location in the equatorial region.the amazon basin is known for its rainforests. the trees here are very tall and thick. there are several layers of vegetation . the topmost layer of foliage is known as caopy. below this,there are two more layers of foliage consisting of shrubs and bushes.the forests are so dense that the sunlight hardly reaches the ground. this region has vast and varied species of plants like rubber tree,the cinchona,the brazil nut and the quebracho. the amazon basin is rich in wildlife.most of the animals are arboreal .some of the arboreal animals are apes and lemurs. reptiles and amphibians,such as snake,lizards and frogs are found here. colourfull birds and butterflies are also found here coffe,maize,cocoa,brazil nuts ,etc. 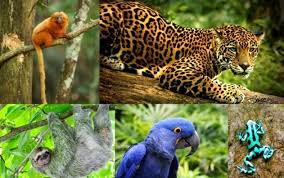 with discovery of the new world,people from europe migrate to south america or amazon basin.in the past few decades due to the increase in population,many rainforests have been cleared for various purposes. people are moving towards this area because of economic potential of the amazon basin.vast forest areas were cleared for setting up lombering camps constucting roads.
physical area covered by amazon 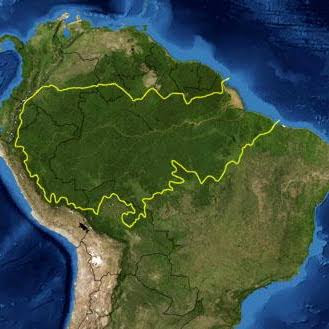 brazil- 64%
peru- 10%
colmbia- 6.2%
bolivia- 6.2%
ecuador- 1.5%
venezuela- 5.8%
others- 5.9%
important fact about Amazon forest
1)more than 1400 species of mammals are found in the amazon.
2)bats and rodent are majority mammals .
3)its larger mammals include the jaguar, ocelot, capybara and south american tapir.
4)about 1500 birds species inhabit.
5)the green anocondo inhabits .
6)more than 1500 amphibians.
7)about 2500 species of fishes known from the amazon basin.
**Sad things is that Amazon rainforest is burning from last one month and no is able to control on fire.
**Thanks**
b
Labels: Nature travel